The Seattle Electric Vehicle Association (SEVA) is an all-volunteer group of Seattle-area folks who are passionate about  all things having to do with electric cars.  Our members run the gamut from brand new Tesla owners to folks who have been converting old gasoline cars   since the 1980’s.

We participate in car shows, educational events and political events having to  do with electric vehicle legislation. But we mostly get together to have some plain, old fun at our free monthly meetings and by simply driving around on our zero-emission wheels.

SEVA also serves as a gateway to the latest press and information on and about electric vehicles. Jump on in to see what’s happening in the world of electric cars!

The City of Seattle has updated their rules for curbside EV charging. This is for those folks that don’t have a garage or driveway and that are laying a charging cord across the sidewalk.
DOWNLOAD .PDF OF NEW RULES HERE

If calendar doesn’t load properly, please hit “refresh” on your browser button- thanks!

WINTER IS HERE: IS YOUR EV READY? 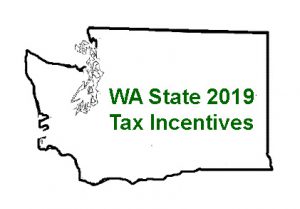 The Washington sales tax break will be revived as of August 1, 2019. It was expanded from the previous version to also apply to sales of used electric cars. As before, electric vehicle leases also get a sales tax break. Hydrogen fuel cell electric vehicles could also qualify for the tax break, but no Pacific Northwest dealers currently stock or sell new hydrogen-powered cars.

To qualify for Washington’s tax abatement, a new vehicle’s sales price has to be less than $45,000 and a used electric passenger vehicle less than $30,000. These thresholds are meant to screen out buyers of high-end Teslas and BMWs. Oregon’s rebate program operates with the same philosophy, but uses as its eligibility cutoff a base model MSRP of less than $50,000.

The Washington sales tax break is structured to ramp down and then phase out completely after six years.

The revived and modified sales tax break passed the Washington Legislature with bipartisan support, but with just hours to spare on the last day of the 2019 session. It passed in the state Senate 31-17. The final vote in the House of Representatives on Sunday was 91-7.

The state incentives in Oregon and Washington are in addition to a federal income tax credit worth up to $7,500 for buyers of certain models of new all-electric vehicles.

For ALL OTHER electric vehicle brands:

Go to https://www.energy.gov/eere/electricvehicles/electric-vehicles-tax-credits-and-other-incentives for more info.

When you shop at smile.amazon.com,
Amazon will donate 0.5%.

Learn about other 2020 bills here

The Seattle Electric Vehicle Association is a non-profit, all volunteer association of electric vehicle owners and enthusiasts.

Our mission is to promote, the widespread adoption of electric vehicle through education, demonstration and advocacy.

SEVA is a registered 501(c) 3a and all donations are tax-deductible.

While converting an old gasoline car to an electric vehicle may fun, it is not without trade-offs. This well-informed video goes over the pros and cons of doing your own EV conversions.